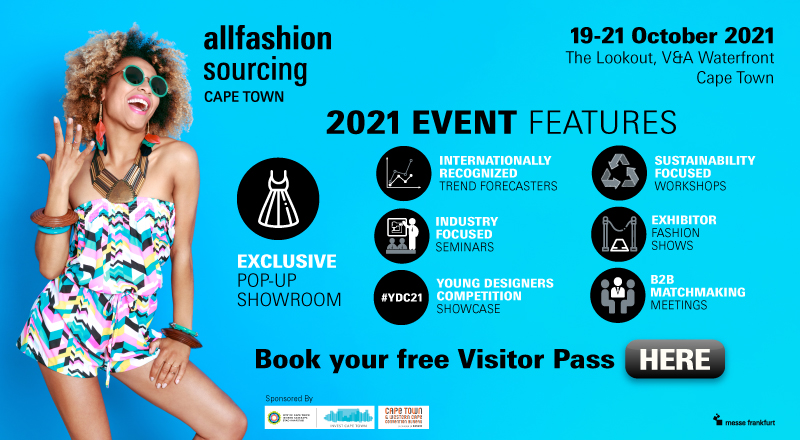 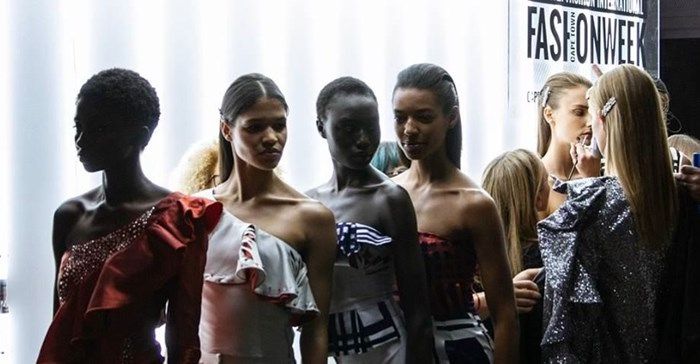 AFI Fashion Week Joburg 2021 is set to take place as a hybrid event on 29 and 30 October 2021 at the recently launched Alto 234, Africa’s highest urban bar on the 57th floor at the Leonardo building in Sandton.

AFI stated that this year’s theme ‘Be You, Be Truly African’ will celebrate all the unique and multifaceted expressions of being African in a globalised world.

“In coming together, after a long period of isolation, we are presenting a renewed outlook on who we are and what makes us unique. Driven by lifestyle and fashion, the emerging and established designers will showcase their latest collections, having reimagined new trends to complement the new way of living,” AFI said.

Guests can expect an expressive blend of fashion, cuisine, cocktails, live music and a 360-degree view of the city of Johannesburg. In-person and virtual guests can Shop the Runway with House of Nala, which has curated offerings from pan-African ready-to-wear and luxury brands. The Shop the Runway experience will travel to Durban and Cape Town, bringing fashion enthusiasts African luxury fashion to their cities.
Growing on the success of last year’s event, AFI will again partner with Anglo American Platinum to showcase this year’s PlatAfrica Jewellery Design and Manufacture Competition finalists as part of AFI Fashion Week Joburg 2021.

Visit www.africanfashioninternational.com to book your spot online or in person. In-person tickets are for sale and extremely limited.   Bizcommunity 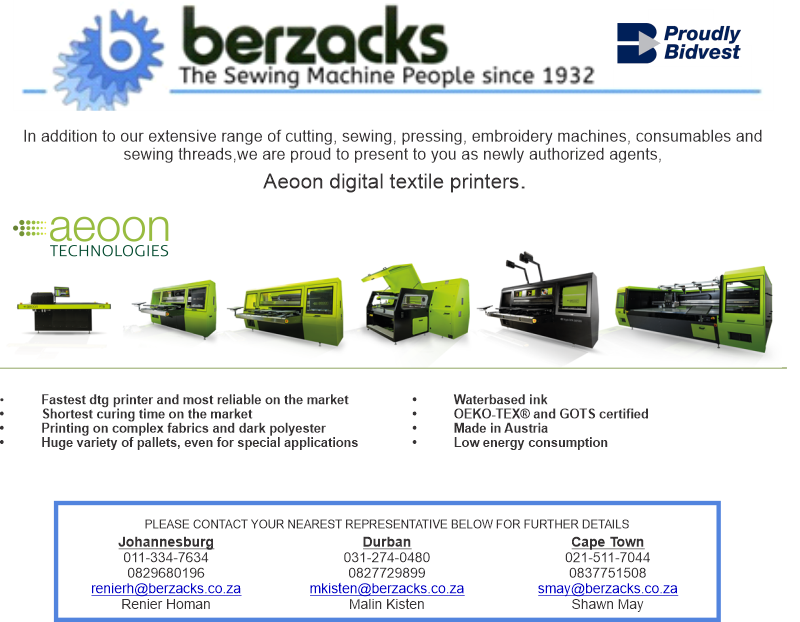 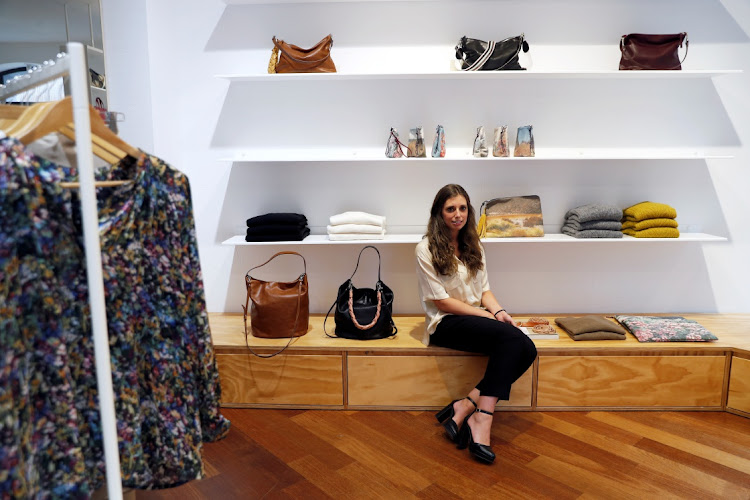 Blanca Lorca in Zubi store, where she has bought some of her back-to-work apparel, in Madrid, Spain, on September 15 2021. Picture: REUTERS/SUSANA VERA

Ties, dress shoes and high heels may be out, but there is a new desire for clothing smart enough for the office but relaxed enough for kitchen table teleconferences

Spanish fashionista Blanca Lorca once swore by high heels and fitted clothes for the office, but the Covid-19 lockdown has transformed her style sense and shopping habits.

After months working from her sleek Madrid flat, the 31-year-old pharmaceutical company employee is now dressing in neutral tones and slack fits for her three days a week in the office as a partial return gears up around the world.

Eighteen months in loungewear while remote working during the pandemic have left professionals all over Europe hankering for fresh wardrobes as they embrace hybrid working.

It is a boon for hard-hit retailers.

The focus on comfort may have banished ties, dress shoes and high heels, but it has spurred a new desire for versatile clothing: smart enough for the office, but relaxed enough for kitchen table teleconferences.

Personal apparel sales — including clothing, shoes and cosmetics — actually grew 8.5% in the 12 months leading to August, as increasing mobility and back-to-office mandates boosted shopping, according to official data.

In Britain, more than a quarter of people surveyed by workplace consultancy Office Group said they would continue dressing less formally even when back in the office, while almost a third plan to experiment with different styles, according to a Bank of America note.

“After being at home for so long, you prefer comfort, but at the same time you want to be stylish enough to be able to go out,” Lorca said, wearing a light shirt and loose-cut trousers as she perused the racks in Zubi, a small boutique in Madrid.

“I look for clothes that will last over time, won’t go out of fashion [and] I can use for everything.”

Retailers such as Zara, Mango and H&M are highlighting “smart casual” trousers, shirts and dresses on their websites, alongside the lounge- and sportswear, which lockdowns made ubiquitous.

Many of the leading fashion brands have launched new collections for this unique back-to-work season, as easing restrictions and vaccination campaigns drive mobility.

Shops successfully achieving pre-pandemic sales levels the fastest are those selling casual or hybrid workwear, according to analysts and fashion retail sources in London and Madrid, where Europe’s high vaccination rates have helped life recover.

Women whose employers mandated partial returns have kept the blouse they would sometimes have worn above pyjama bottoms for Zoom calls, but now pair it with easy trousers and flat shoes, Zubi owner Elena Zubizarreta told Reuters.

Over 78% of Spaniards are fully vaccinated and about 80% of all workers have returned at least part-time, according to a survey by CCOO, the country’s largest trade union.

Few, however, have missed the strictures of formal dressing.

Alberto Gavilan, talent director at staffing agency Addeco, said formal attire was now the exception. “Most people will prefer the business casual code, which has proved so effective and comfortable in recent months,” he said.

Over half of Spaniards who dressed formally for work pre-pandemic were enthusiastic about buying new clothes for an office return, a June survey by research company Dynata showed — the highest rate among 11 countries surveyed.

The British and Japanese were the least excited, at 19% and 21% each.

“Fashion has changed and after almost two years away from the workplace you feel like having new things to go back,” said communications specialist Valme Pardo, laying boldly-printed dresses, ample tailored trousers and stretchy blazers on her bed at her Madrid home.

Lucia Danero, a shopping adviser at El Corte Ingles in Madrid, has noticed a stream of customers looking for a refresh: but the men never ask to try on ties anymore.

“Before, it was unthinkable for a man to go to the office with a sweatshirt … and now we’re seeing it,” she said, strolling through the aisles and pointing out the jeans businesspeople now sought.

The trend is global.

International brands Vince,  Me+Em,  Uniqlo  and  The White Company, as well as US and UK retailers such as  Nordstrom  and  John Lewis, are dedicating “site space to modern workwear staples, with a strong emphasis… on seasonless pieces to ensure versatility and longevity,” trend intelligence agency Stylus said in a recent report.

In fact, despite workplace mobility still sagging 30% below pre-pandemic rates, apparel sales are on average 5% higher in major Western markets, Jefferies bank said in a note to clients in September.

Both physical and online sales at fashion behemoth Inditex were even 9% higher in August and the first week of September than pre-pandemic.

The northern hemisphere autumn/winter season has had a strong start, executive chair of Inditex, Pablo Isla, told a conference, before announcing the next Massimo Dutti collection would be called “Relaxed City”.

Yet even as demand recovers, retailers are grappling with disruptions to global supply chains: sales at H&M grew less than expected in the third quarter, before being hampered in September by supply restrictions.

“There’s an urge to get ‘dressed up’ after spending so much time at home … but we’ve got used to being comfortable and we want… garments such as unlined blazers and jackets, wider trousers and intricate knitwear,” said Ann-Sofie Johansson, creative advisor at H&M.

Backstage at Madrid fashion week, designers bet on new beginnings — which seemed to include bright, non-restrictive dresses and colourful jumpers.

“Heels have been left for very specific moments … But day-to-day people have got rid of them, to be much more comfortable,” said Spanish designer Maite Casademunt, whose “Comfy Wild” collection was dominated by dresses, smart loungewear and sports shoes.   Business Day 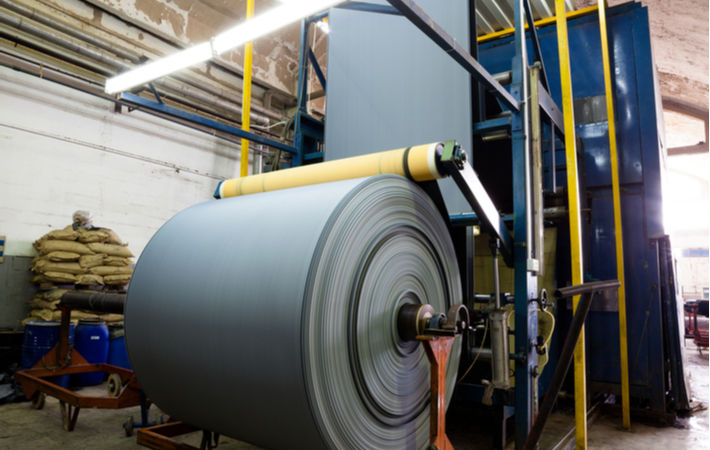 The Association of Ghana Industries (AGI) has urged the government to extend the zero value-added tax (VAT) regime for textile manufacturers beyond the December 2AGI calls for extension of zero VAT for Ghanaian textile makers021 deadline. The zero-rate was passed for three years as part of measures to revive the once-prosperous domestic textile industry after it suffered from the influx of pirated and cheap products.

AGI has started discussions with the ministry of finance and other stakeholders for a possible two-year extension of the zero VAT rate.

The introduction of the policy, which will result in an estimated loss of GH¢120 million in revenue loss for the government over the three-year period, has so far contributed greatly to stabilizing the industry.

AGI feels an extension will offer more time for the industry to fully recover and to be competitive within the African Continental Free Trade Area (AfCFTA) market, according to a report in Ghanaian  daily.

AGI feels textiles should be a key part of the country’s agenda for the continental free trade area and that a VAT exemption will inure to the benefit of the economy in the long run.

Without this, the association fears, the sector might collapse and the modest gains made may be eroded.  F2F

The expected earnings ranges have been impacted, inter alia, by the following:
– The COVID-19 pandemic and the related government-enforced lockdowns and related store closures in all 3 of our main trading jurisdictions during the prior period, as previously reported;
– The dilution arising from the successfully concluded rights offer, as announced on the Stock Exchange News Service (‘SENS’) on 11 August 2020;
– The acquisition of certain commercially viable stores and selected assets of Jet in South Africa (effective 25 September 2020) and in Botswana, the Kingdom of Eswatini, Lesotho and Namibia (effective on various dates in December 2020 and January 2021). The inclusion of a bargain purchase gain on acquisition of R694.3 million in the prior period specifically affected basic EPS and diluted EPS; and
– The civil unrest experienced in the current period in South Africa in July 2021. A further update has been provided below.

A further trading statement will be issued when management has attained a reasonable degree of certainty over the expected earnings and prior to the release of TFG’s results for the current period, which is expected to be announced on SENS on or about 11 November 2021.

The forecast and estimated financial information on which this trading statement is based has not been audited, reviewed or reported on by TFG’s external auditors.

As a further update to the SENS announcements of 16 July 2021 and 2 August 2021, of the 198 stores confirmed as looted and damaged to varying degrees during the July civil unrest in KZN province and parts of Gauteng province, 145 stores are now open and trading with a further 24 stores to reopen shortly and 29 stores will only reopen in 2022 due to extensive structural damage caused.

The total SASRIA claim for damages and asset losses is estimated at R613 million and the Group has received its first interim insurance payment of R200 million from SASRIA, with further payments expected during the second half of the financial year. The Group is also evaluating its anticipated recoveries for its insured business interruption losses of profit, which have not been finalised as yet. Further updates will be provided at the interim results presentation in November. 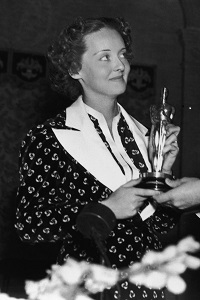 The Dangerous star was so convinced she wouldn’t win Best Actress, she wore an old costume to the ceremony — a plain navy dress. After her surprise victory, rival Joan Crawford reportedly sniped, “Dear Bette! What a lovely frock.”